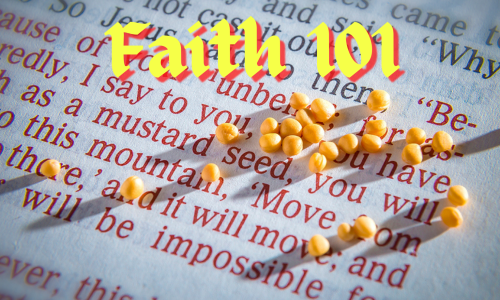 Faith is initially a choice, and then developed and strengthened by the Word of

God. I must make the choice every day to not rely totally on my own knowledge,

but to listen and adhere to what God has said and is speaking to me. To have

We have so many examples of men and women that made that same choice.

Hebrews 11 is the “Faith Hall of Fame”. If you were to go through the life of each

person mentioned in Hebrews 11, you would build your faith and know that you

are not alone in your journey. As a matter of fact, you may kick yourself and say,

“stop your complaining and trust God!” Your faith mountains may not look so big

Let’s take the first three giants of faith in Hebrews 11.

4 “By faith Abel offered to God a more excellent sacrifice than Cain, through

which he obtained witness that he was righteous, God testifying of his gifts; and

through it he being dead still speaks.”

Abel who had only heard of God from his father Adam, believed in God. His faith

Cain. He wanted to bring his best to this God he could not see but believed in his

heart. God has placed himself in each one of us and we all know. We All know!

5 By faith Enoch was taken away so that he did not see death, “and was not found,

because God had taken him”; for before he was taken he had this testimony, that

he pleased God. 6 But without faith it is impossible to please Him, for he who

comes to God must believe that He is, and that He is a rewarder of those who

please Him. So, when I look at the testimony of Enoch, his faith must have been

“off the charts.” To have never seen death and to now be in the presence of God,

is an amazing testimony of faith. It makes me strive to do better. I feel like at any

moment I could be gone.

7 By faith Noah, being divinely warned of things not yet seen, moved with godly

fear, prepared an ark for the saving of his household, by which he condemned the

world and became heir of the righteousness which is according to faith.

be a flood that will destroy all living things. To this point there had never been

rain! What was rain? However, through his faith and obedience, he built the ark

and saved his family according to what God had said. Because of his

righteousness and faith, he gave mankind and all living creatures the ability to

start again. Because of his obedience and faith, we exist. God saw him righteous

Faith is a decision to believe when some may say it’s impossible, foolish and

crazy. Faith is love and trust that goes deeper than a casual, momentary

acquaintance. With God it is an understanding of power and authority. Most

in God. He is the ultimate authority and power. He is the maker and creator of all

things. His yes is yes, and His no is no! And you must respect that and move

forward. However, His yes is love and His no is love. And you know that; He

knows the best and He only leads us to the best. And I trust that! That’s faith in

faith is developed and nurtured and matured.

faith. I realize I still have a long way to go. But I make the choice to never stop

growing. Let’s make the choice to believe God. It will change your life forever!

Next week: “Faith is a Process – Faith and Patience”

If this message has blessed you, please prayerfully consider giving to further assist us as we continue to touch the lives of many people with the gospel of Jesus Christ.

Please use our online giving here: 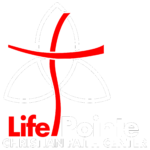